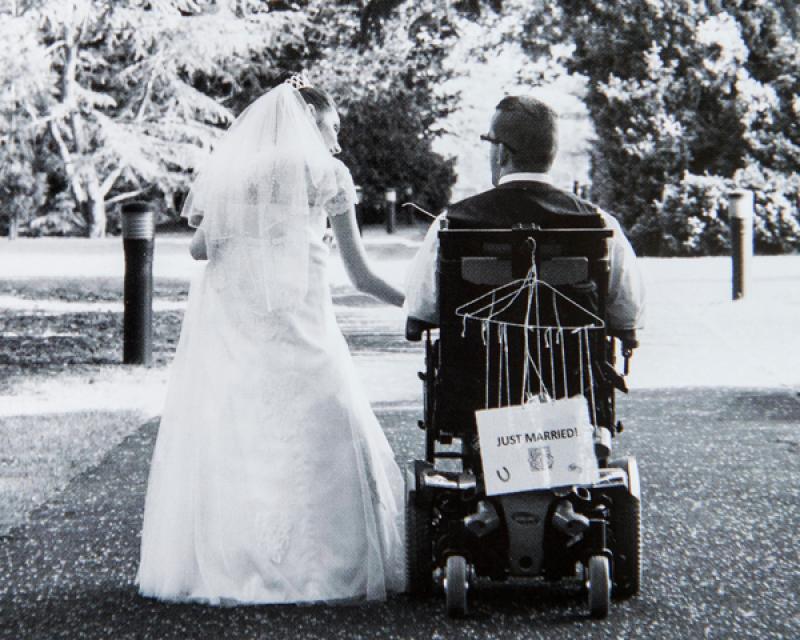 For any young couple, the first home that they share together is extra special.

Adam and Krystina Lloyd share an apartment in Pencric, the award-winning Extra Care scheme in Penkridge managed by Care Plus. Most of their neighbours at Pencric are enjoying their retirement. Adam and Krystina are still in their twenties but their medical conditions mean that they need support to live independently.

“Because of scoliosis I only have two working vertebrae and need to be really careful because any fall or knock could affect one of three rods in my back,” explained Krystina. “As a child I had an operation every six months. I missed a lot of school and was often in pain but as Dory famously said in Finding Nemo, when life gets you down, you just keep swimming!”

Krystina got chatting to Adam, who has cerebral palsy, online. Although they had never met, they were surprised to discover they were living just ten minutes apart. They hit it off straight away and soon became a couple.

“In 2014 we moved in to Pencric,” said Krystina. “It’s our own home but with the support and facilities we need, on-site.”

In 2016, two years after moving in together, Adam and Krystina got married in the beautiful setting of Rodbaston Hall, just outside Penkridge.

“Living here means that our relationship is something separate. I’m not Adam’s carer, I’m his wife.”

Adam previously lived with his mum. He admits that he was a bit daunted about making the move to Pencric, where carers help get him ready each morning and visit again last thing at night: “I recognised that I was leaving my comfort zone and having outside care for the first time. I think I was more concerned about how it would affect other people. I knew my mum would worry about me and I didn’t want it to change things with Krystina.

“I’ve never been able to walk but I don’t spend too much time thinking about how I’m different. I attended a mainstream school and my disability didn’t stop me studying at university. There were times, though, that I wondered if it would ever be possible to have my own place. Home gives me independence and a sense of responsibility I’ve never experienced before. I enjoy being in our own space. When we close our front door it’s just me and Krystina.

“I’m really lucky. Lots of people never experience the special connection I found with Krystina and for many of those with disability; independent living is an impossible dream.”

LINK BACK TO BUILDING OUR FUTURE PAGE