Danielle found herself only a few steps away from being homeless 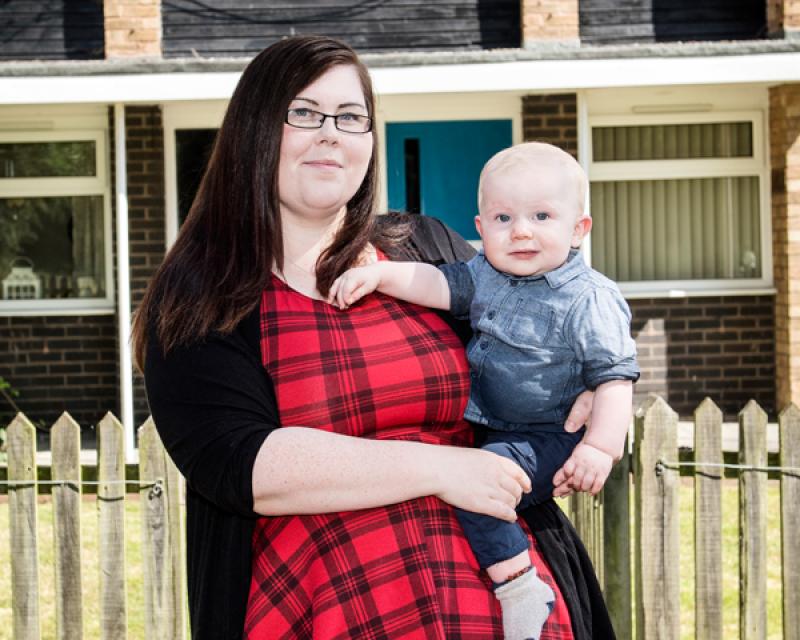 It is said that each of us is just a few steps away from homelessness. Danielle Harrison certainly didn’t expect to find herself in that position with a new baby, on Christmas Eve.

Danielle had looked forward to having her baby in Penkridge, the village where she herself had grown up. She and her husband moved from Cornwall before the birth and in August they welcomed little Eli.

“I was poorly after having Eli and wasn’t able to work. Things were difficult and then my marriage broke down. On Christmas Eve, Eli and I were homeless. I had no idea what to do. I searched for emergency accommodation on Google.”

Danielle and Eli spent their first Christmas together in a B&B.

“In the new year, South Staffordshire Housing Association helped me move into emergency homeless accommodation. A few weeks later they told me about this flat in Penkridge. We moved here in March. SSHA stepped in when I needed help. They have been so good, not just with providing a home but offering help and advice about claiming benefits.

“I never saw myself as someone who could be homeless. I was working; I had a husband and family. Now I feel so lucky. I’ve got a secure home and stability for Eli, who has his own bedroom. This isn’t just somewhere to stay, it’s our home.”

With experience in the ambulance service and as a support worker, Danielle is keen to get her career back on track.

“I’ve always worked and I had planned to go back to work after having Eli.  I want to provide for us both and eventually, for us to be able to move into our own home. I’ve got a breathing space; time to plan. Next Christmas I want to be able to say: ‘It’s been a tough year, but look at us now’.”

BACK TO BUILDING OUR FUTURE PAGE