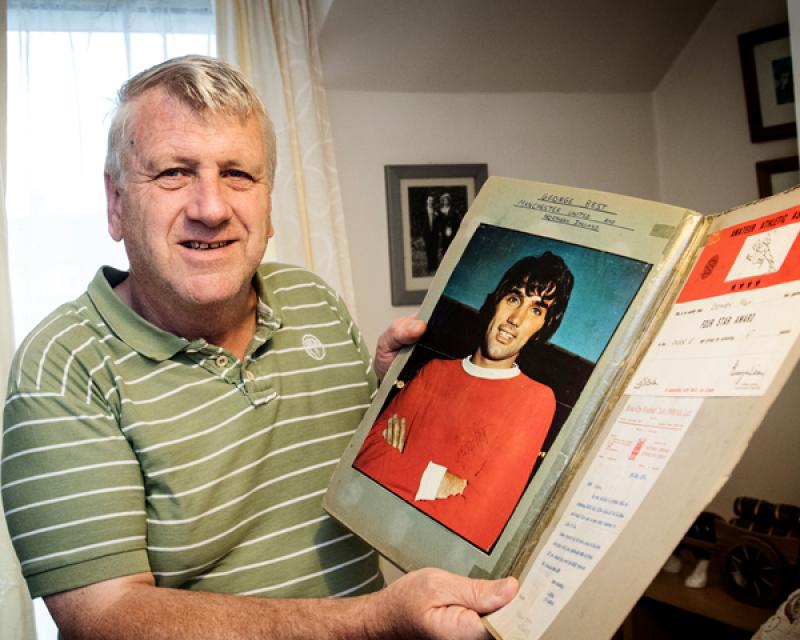 Stephen Pugh made over 600 appearances as goalkeeper in local teams, even sitting next to legend George Best in a changing room.

Despite overcoming all of this, Stephen found searching for a job to be his biggest challenge yet.

That was until Severnside Housing stepped in by giving him the support he needed through the Building Better Opportunities programme.

Severnside Housing are one of 20 organisations in Shropshire to help and support Shrewsbury people into work, having received £3m of Building Better Opportunities Funding for Shropshire, Telford and Wrekin.

Stephen received one-to-one support from Severnside Housing, including improving his IT skills, searching for jobs and mock interviews. After a decade of searching for a job, with this support Stephen finally secured a 12-hour a week cleaning job at Attingham Park in Shrewsbury.

“I tried my best to look for a job but kept on getting turned down,” explained Stephen, of Shrewsbury, who has been a Severnside tenant for 28 years. “I was beginning to feel like I was on the scrap heap at 61 with no chance of getting a job.

“But then I got help from Severnside and I can’t thank them enough. “They’ve provided me with a home and made me feel more worthwhile by giving me back my working life. I’m now fit and ready for work and I’m also meeting lots of new people so everything is really coming together for me now.”

After leaving school, Stephen had numerous jobs over the years including working for the Royal Mail, RAF and Co-op.

In his younger days, although only being 5ft 8ins tall, he had goalkeeper trials at Blackpool and Aston Villa after playing for Shrewsbury Town’s youth team.

It was during a trial at Blackpool in 1971 that Stephen had one of his fondest memories.

“I was there for Blackpool’s last game of the season and they were playing Manchester United,” he said. “I couldn't’t believe my luck when I managed to find my way into the changing rooms and ended up sitting next to George Best. He even signed a photograph for me. It was incredible really – a real moment to remember.”

Although Stephen didn't’t quite make the grade for the top teams, he ended up making hundreds of appearances for local clubs including Nalgo, Roden Rovers and Bayston Villa , hanging up his gloves in 1994.

Just a few years later, tragedy stuck when his 65-year-old dad Redge, who received a posthumous service medal for his service in the Suez Canal, died of a heart condition in July 1997. Just six weeks later his brother Kevin died aged just 35, after a life-saving kidney transplant operation was unsuccessful. Then in January 1999 his mum Beryl died of cancer.

“It was a very tough time – a nightmare for me personally and really affected my well-being for years,” said Stephen. “I then had a heart attack and quadruple bypass in 2006 which took quite a time to recover from.”

But Stephen did recover and he is looking forward to a more positive future.

“I really miss my family and football but I’m definitely looking forward to what comes next,” he said. “I have a scrapbook of all my memories to look back on and I feel much better now than I did 20 years ago.”

BACK TO BUILDING OUR FUTURE PAGE