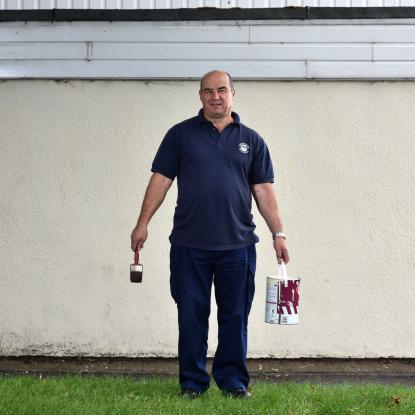 Housing Plus Group is among the finalists for two major national awards recognising outstanding commitment to customers and communities.

The Group - which includes Severnside Housing and South Staffordshire Housing Association - has been singled-out in the Tpas Awards. The national awards are presented by tenant engagement experts Tpas to celebrate the work of volunteers, landlords and housing contractors.

Housing Plus Group is shortlisted for the Excellence in Employment, Skills & Training award and neighbourhood warden Tony Askey is among the finalists for the prestigious Lifetime Achievement award.

The project includes two Digital Dens with internet access, vocational courses and employment support. A popular learning programme boosts skills in subjects like IT and money management, while its employability workshop has been adopted as a model of best practice by the Prince’s Trust. The Group also launched dedicated IT workshops for older learners, resulting in a new generation of silver surfers filmed by the BBC.

Lifetime Achievement finalist Tony Askey has spent three decades working in the housing sector and was asked to take on a new role of neighbourhood warden on a large estate troubled with antisocial behaviour. Tony took the estate to his heart and its residents got involved too:

“Local children would stand and watch me working. One or two of them asked me why I was collecting litter and I explained that I thought they deserved a nicer neighbourhood. They told me I was wasting my time but before long, a couple of them turned-up with bags and started litter-picking with me. Soon, their friends came along too.”

Tony inspired residents to make their own small changes around their homes, gardens and community spaces. Tenants became proud of their neighbourhood and for the first time, families began asking the housing association if they could move onto the estate.

“We are delighted to have been shortlisted in two categories of the Tpas awards because they go straight to the heart of the group’s purpose, which is to make a positive difference to customers and communities,” said chief executive Sarah Boden.

The Tpas Awards will be presented at a ceremony in Manchester on 29 March.